Nowadays, it is rare to know all things your phone is able to do. In some ways this is totally normal (after all you don’t have to be a mechanic to drive a car), but at the same time, we put too much of our life on our phones and ignore that the vulnerability of the security system might land us in hot water.

In manies situations on this way, there are some questions that Android phone’s owner can ask himself about the way he can use an Android’s phone today in 2021, like: how to detect and address threats on your device? How to find spy apps on my device? What are the best solutions to get rid of those apps on your Android phone?

Spy apps or spy software, is often classified as malicious software since it’s designed to monitor and track device activities. While this kind of software is initially developed for employers and parents, some users take advantage of it for their personal and malicious intentions, spying apps’ not-so-good image.

Regarding this we’ve created a guide in order to help you to find hidden spy apps on your android device and get rid of them. There are two main routes to take for identifying hidden apps; performing a series of manual checks, or alternatively using a spy detector app ( like the free app called Certo Mobile Security) to easily sweep your phone in one easy step.

Monitoring apps propose remote installation by only using or getting access to the file names of spyware on Android. That is why 10% of phone users, even less tech-savvy ones, download spy apps. Before you discover how to find spyware on Android devices in 2021, let’s have a look on who might benefit of those solutions:

Most spy tools are specifically programmed for child monitoring and packed with tracking features, privacy settings, and parental controls. While parents only have the purest intentions for installing such software, teens or tweens might take it differently in their context. Although they have many reasons to find spy apps on phones they own, their main concern is privacy and freedom. Since they’re discovering who they are as a person, they could be sensitive when they believe other people, even their parents, are trying to invalide their privacy.

Several monitoring tools are specially designed to boost productivity and ensure the quality of workplaces. Employee monitoring is legally allowed in most states if there’s a formal notification to or from the employees. Some jurisdictions only allow spyapps installation on company-owned devices. Nevertheless, employees may feel the urgent to be sure that their personal devices aren’t being monitored and still have the right to privacy especially during off-work hours and when out-of-office.

Regarding legality and morality of utilizing a monitoring tool on someone you’re dating or in a relationship is vague. There’s no denying some spy apps users are eager to find ways to make sure that they are not being spied by their partners or relatives. Regardless, being in a relationship or marriage doesn’t lessen your right to privacy and this is the reason why people are using spy apps.

Detecting Spy Apps On An Android Phone: The Signs

The first step is how to smartly identify red flags. Most of spy apps run stealthily in the background capturing conversations, founding history searches, and other activities on the target phone. Though these tools are meant to silently extract and upload data, there could be produce effects on the target device. Now, how to find hidden spy apps on my android phone?

Unusually high usage of mobile data could mean a third-party app on Android is running in the background or working very slowly.

Extracting and transferring data consume a chunk of the target device’s battery power and affect his use. Watch out for rapid increase in the battery temperature even while in idle mode always.

Don’t initiate or set could mean a person is controlling the device. This may include screen lighting, apps launching, and automatic navigation observing on Android’s Phone.

When the phone automatically restarting or rebooting is typically due to system updates that you’re notified of before hand, and unexpected restarts or reboots, on the other hand, could be signs of unauthorized penetration or wrong manipulation.

Spy app use complex algorithms to run properly. If you remark some negative effects of spy app on Android like alphanumeric codes sending or random keys via SMS, it’s a sign.

Manies apps or a single app running in the background could cause the phone to function slower than normal, then slower speed.

When the shut down time happen, it closes all apps in use. Also, an oddly long time to shut it down could mean that there’s spy app installed.

Most Popular Spy Apps for Android

Digital specialists of bestcellphonespyapps.com, have made solutions on how to correctly find spy apps hidden on Android. This is the most widely used products by parents and employers. It propose monitoring tools that provide the most reliable features and services. These are specifically programmed for parents to protect their children from online predators and to assist employers in their business operations, to safely infusing technology.

As a newest find hidden spy apps on Android and iOS phones, it offering spying capabilities using the latest technologies. Among its used features are GPS location tracking, keystroke recording, and web browser filtering and is user-friendly and works well with any phone brand, model, and OS.

This is a pioneering apps that remain popular among consumers, knowing by remote installation feature wherein one gets to install the app without having physical access to the target device. They give a 24/7 customer support with live tech experts.

It is suitable for both Android and iOS versions, with various features for monitoring activities on phone and third-party apps. To purchase Highster Mobile, you need to pay a one-time fee.

How Does Spy apps Get On Your Phone?

This is a response to remind anyone with malicious intentions who use uncover ways to penetrate a device, compromise a phone’s system, and steal its data. So, always be carefully while using phone, in a public place or with a public Wi-Fi. In many cases, there are only two ways to install spy app:

Monitoring programs which offer remote installation typically use an over-the-air (OTA) link. Just with an access to the spy app files names, the user have possibility to install it on the target device through a virtual secure connection established by the software.

How to Find Hidden Spyware On Android Smartphones?

If a person has installed spyware on your personal device without consent, here are the settings.

The files or file names used would remain in the phone’s downloads, depending of method used to install the spy software on the phone. While there are nothing suspicious in the settings, spyware on Android will make by double-checking on this section.

What Phone Content Will Hidden Android Spy Apps CAN BE Able to View?

After spyware file names have been successfully installed on the phone, all content and stored, sent or received on it can be exploited. That is why the red flags and processes of how to find a spy app on Android devices are possible. Especially applicable if the owner is not a minor child or are an employee that hasn’t been notified beforehand. After all, has the right to privacy.

Incoming and outgoing calls, their frequency, duration, time stamps and phone numbers. Our digital selves are becoming part of our full identity. The emails we send, conversations over social media as well as photos we share, the videos watched and websites visited, contribute to our digital personas.

HOW surveillance is more difficult to detect

Also known as Potentially Unwanted Programs (PUP), nuisanceware is a software that may interrupt your browsing with pop-ups, change your homepage settings without your authorization, and may gather your browsing data in order to sell it off to advert agencies and networks. Though considered malvertising, nuisanceware is usually neither dangerous nor a threat to your security and privacy.

Spyware and stalkerware are kinds of unethical softwares which result in theft of images and video datas, and may allow operators to monitor MMS, SMS and e-mails sent and received, intercept live calls in order to eavesdrop across standard telephonic lines or VoIP (Voice over IP) apps, etc.

Spywares work like similar malware and are most for personal use. Using them at home can lead to toxic relationships.

What kinds of spy Apps or Spyware are still out there?

MobileTracker, FoneMonitor, Spyera, SpyBubble, Spyzie, Android Spy, and Mobistealth are others examples of stalkerware which offer similar features, among many in what has become a booming business today.

What are the warning signs of spy apps?

If you find yourself the recipien of unusual social media messages, text messages, or emails, this may be a warning sign and you have to delete them without clicking on any links or downloading any files. To catch a victim unaware, these messages will attempt by clicking a link or executing software which hosts a spyware/stalkerware payload.

How do I know when I’m being monitored?

All forms of spyware are invisible and it is possible to find out if you are being monitored.

For Android’s phone, it happen by using apps to download and installed outside of the official Google Play Store. If this way can’t work, it indicates tampering and jailbreaking without consent, used by some Android’s phone.

Spy apps or spy software, is often classified and be knowing as malicious software since it’s designed to monitor and track device activities of people such as children, friends, patners or employers. Some users take advantage of hidden spy apps on Android for their personal or malicious intentions depending of their own need today.

So, find hidden spy apps on Android phone is a good issue nowaday for tracking, monitoring or making surveillance to people. In some case, it is possible to find out if you are being monitored and there are guide presented in this article that showing differents ways to succeed it. 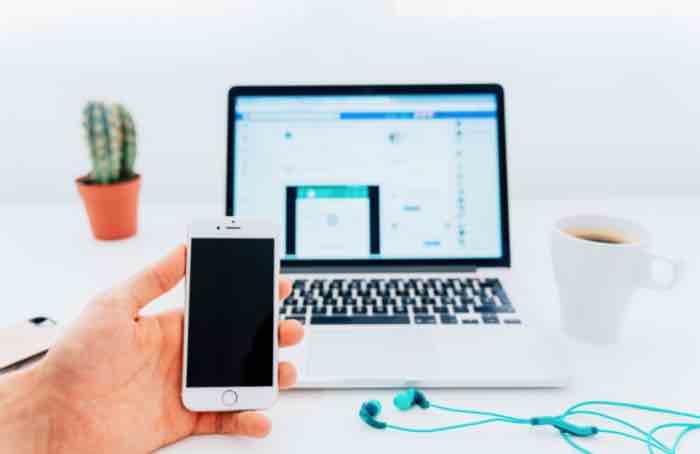 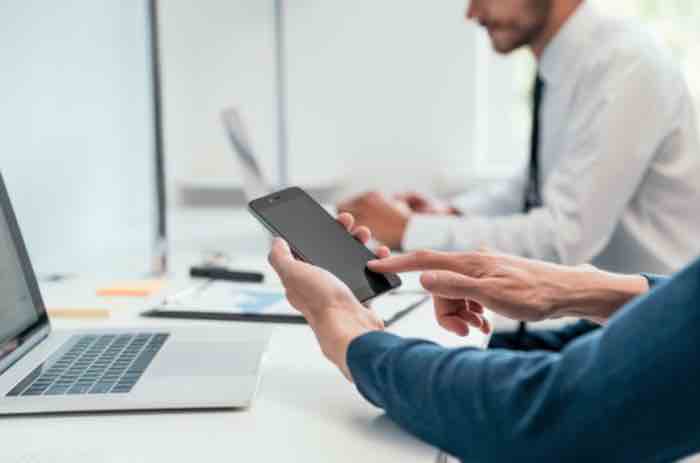 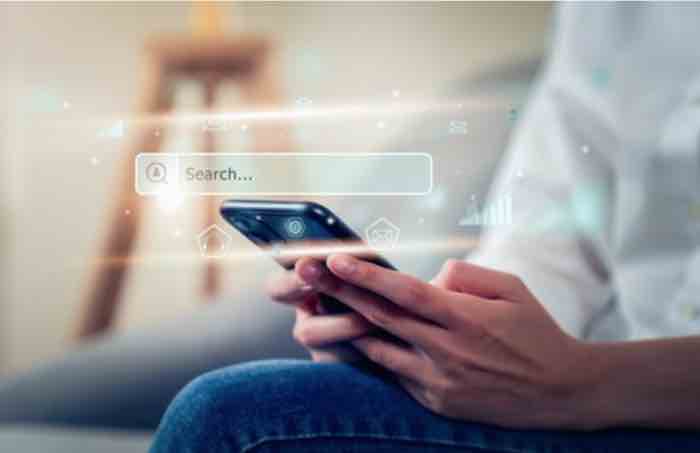